I’m Dr. Dave Kirkpatrick from Quantum Techniques, and today I’d I’d like to talk about a new tip that I picked up related to mental clarity and how to counteract brain fog. Many of my clients are getting older,and are worried about dementia and losing their edge with mental effectiveness. I came across an article by Dr. Marco Ruggiero in which he outlines that there is a microbiome in the brain as well as the gut, the nose, the skin, and the vaginal and penal areas. I’d never heard discussion of a microbiome for the brain before, but he says that only mammals have microbes in the brain that contribute to its effectiveness. In fact, those microbes influence how neurons interconnect; if those microbes are not present, the neurons are not able to interconnect.

The question then is, how do you affect the microbiome of the brain? Because there is a blood, brain barrier which will keep out certain things, and you have the immune system that is happy to keep microbes in the gut. But if microbes pass out of the gut, all of a sudden this foreign invader will be eliminated by the immune system. What Dr. Ruggiero found is that the microbes that are positive in the brain are pretty much the same microbes that we find in the gut. However, simply taking a probiotic won’t have an impact on the microbes in the brain.

The doctor suggests colostrum as the ideal substance to take with your probiotic. Newborns feed on colostrum first before they feed on mother’s milk, and the whole point of the colostrum is not to feed the baby, but rather to stimulate and kick-start the immune system. It will have same impact on you as an adult, so adding some colostrum to your probiotic is one approach. Keep in mind that colostrum is generally an animal product, so if that’s an issue, you can add that supplement to fruit juice and receive somewhat of the same effect.

I invite you to try this and then give me some feedback. I’ve been doing it for a while and I think I’ve had some positive results, but this is something fairly gradual and it is difficult to measure. Let me know if you can tell a difference by contacting me at dave@quantumtechniques.com. With that as the tip for today, I wish you good health. Thank you! 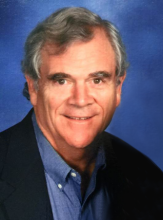