I’m Dr. Dave Kirkpatrick with Quantum Techniques. Today I want to talk about something that comes up often in our work – viruses. I want to provide some understanding of why viruses are so common, how they impact us, and the fact that not all viruses are bad. Generally we think of viruses as something that we dread – the cold virus, the flu virus, the herpes viruses, cold sores, chickenpox, shingles, Epstein-Barr, chronic fatigue, hepatitis, HIV, Ebola, etc.

Viruses have a bad name, but it’s important to understand how viruses are unique. Viruses are not living things; they’re not self sufficient. When the body discovers a bacteria, which is a living organism, it can kill it because bacteria is self sufficient. A virus invades the cell and alters the DNA of the cell to replicate more of its own kind, but it can’t operate outside of the environment that it has invaded. So when the body deals with it, it can make the virus latent (inactive), but since it isn’t living to begin with, it cannot kill the virus.

Viruses are not treatable with antibiotics. This may be a slight overstatement, but doctors have largely over-prescribed antibiotics for viruses, which has little effect on the intended purpose, and rather has led to the creation of antibiotic resistant bacteria by overuse. It’s important to also know that while most viruses are very small, some of them, particularly the herpes viruses, are large, and can hide things underneath them. Like a curtain, they can keep the body from seeing what is there. In QT we say, “What the body can see, the body can heal.” But if it can’t see past this virus, then the issue can’t be healed. Therefore, one of the tasks that we have, is to uncover the virus and to see what’s underneath it. That’s why in many cases, viruses are so key to our work.

However, viruses are not all bad. There are at least two ways, that I’m aware of, in which viruses are very helpful. The first is what’s called lateral gene transfer, which isn’t terribly relevant to us, but it occurs when a virus invades the cell and it changes the DNA. That’s been part of the whole process of evolution. Many forms have evolved more rapidly than they would have by natural selection, because viruses come in and alter the DNA. It’s a long term effect.

What’s more important for our work, in terms of health, is what are called bacteriophages. These are viruses whose whole purpose is to control and eliminate certain bacteria. They are the most common form of virus on the planet. Apparently, ten to the power of 31 bacteriophages exist – that’s more than all others combined. What’s most relevant for us is the presence of bacteriophages in our mucus membranes. The surface of our mucus membranes have huge numbers of bacteriophages, and they are there to protect those membranes from invasion by bacteria. It’s becoming evident that it’s a major part of our immune system. So in healing, we want to do something that negatively affects bad viruses without harming the bacteriophages. Just as with antibiotics – we clearly need to use antibiotics when a bacterial infection is totally out of control, but we want to limit the overall effect on the microbiome.

I have a list of 25 different natural approaches to dealing with viruses. What I’ve started doing is, in addition to testing the effectiveness of each remedy against the viruses for a person, is also seeing whether it may have a negative impact on the bacteriophages, and factoring that into the consideration of what would be best for the long term health of the person. Many of the remedies do not affect the bacteriophages, but some do. So if you have a virus, we can test to see which natural remedies will be helpful to you without having a detrimental effect on your bacteriophage count. Feel free to contact me at dave@quantumtechniques.com for help with your viruses. Thank you!

A New Product that Knocks Out Fungal Infections

A Functional Medicine Perspective on My Parathyroid Problem 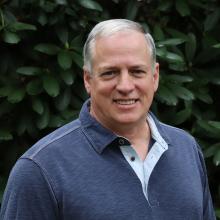